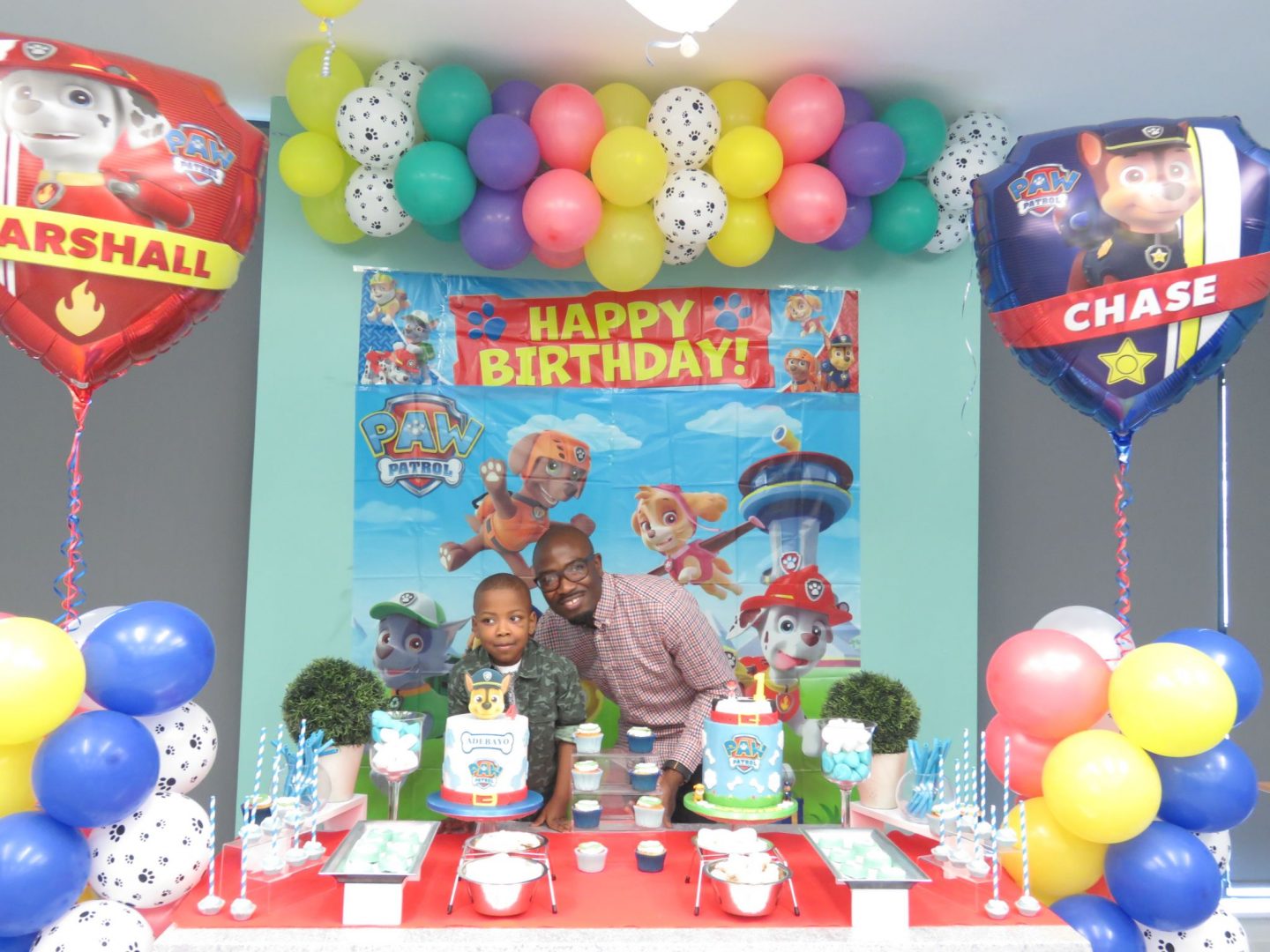 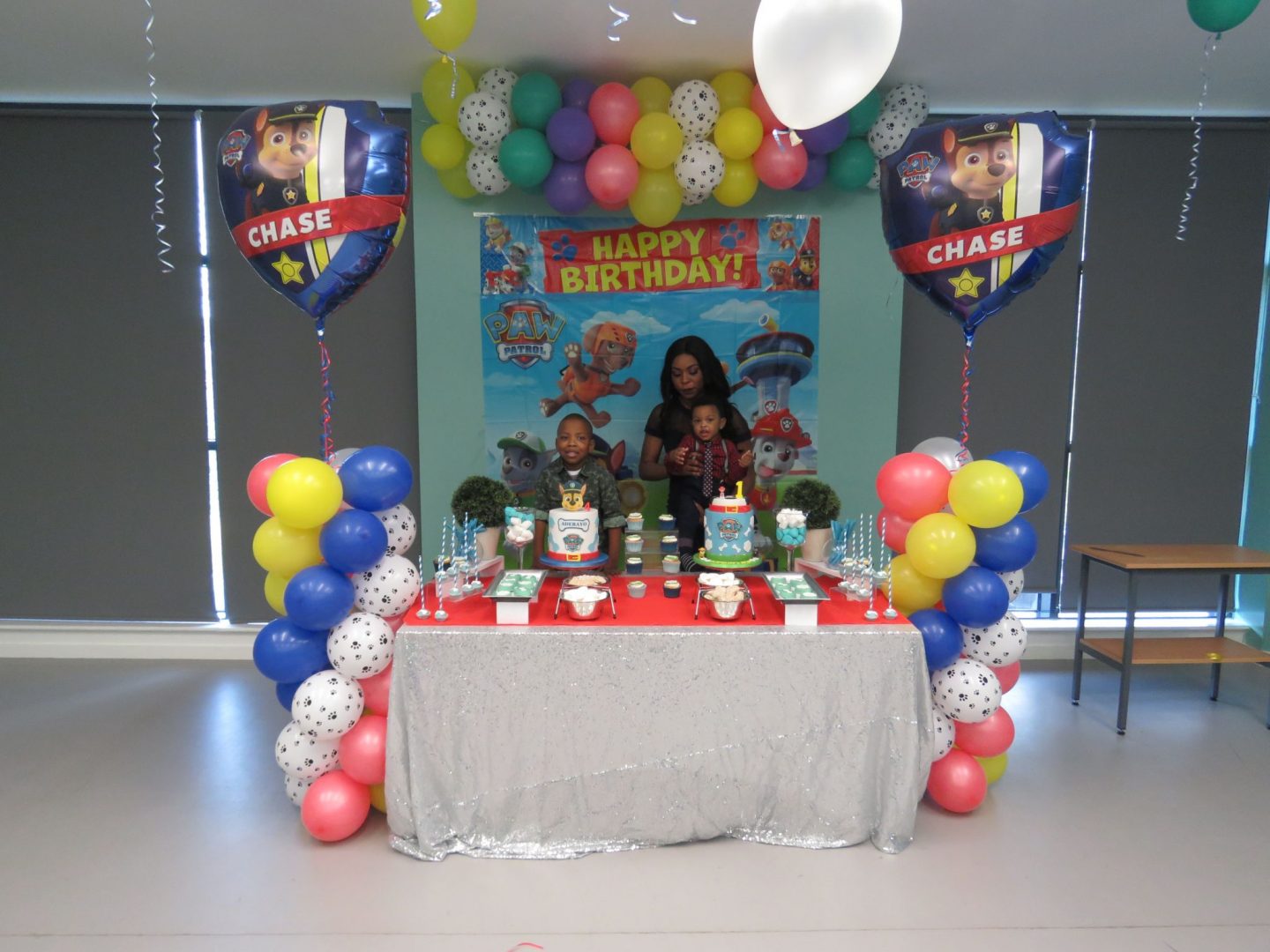 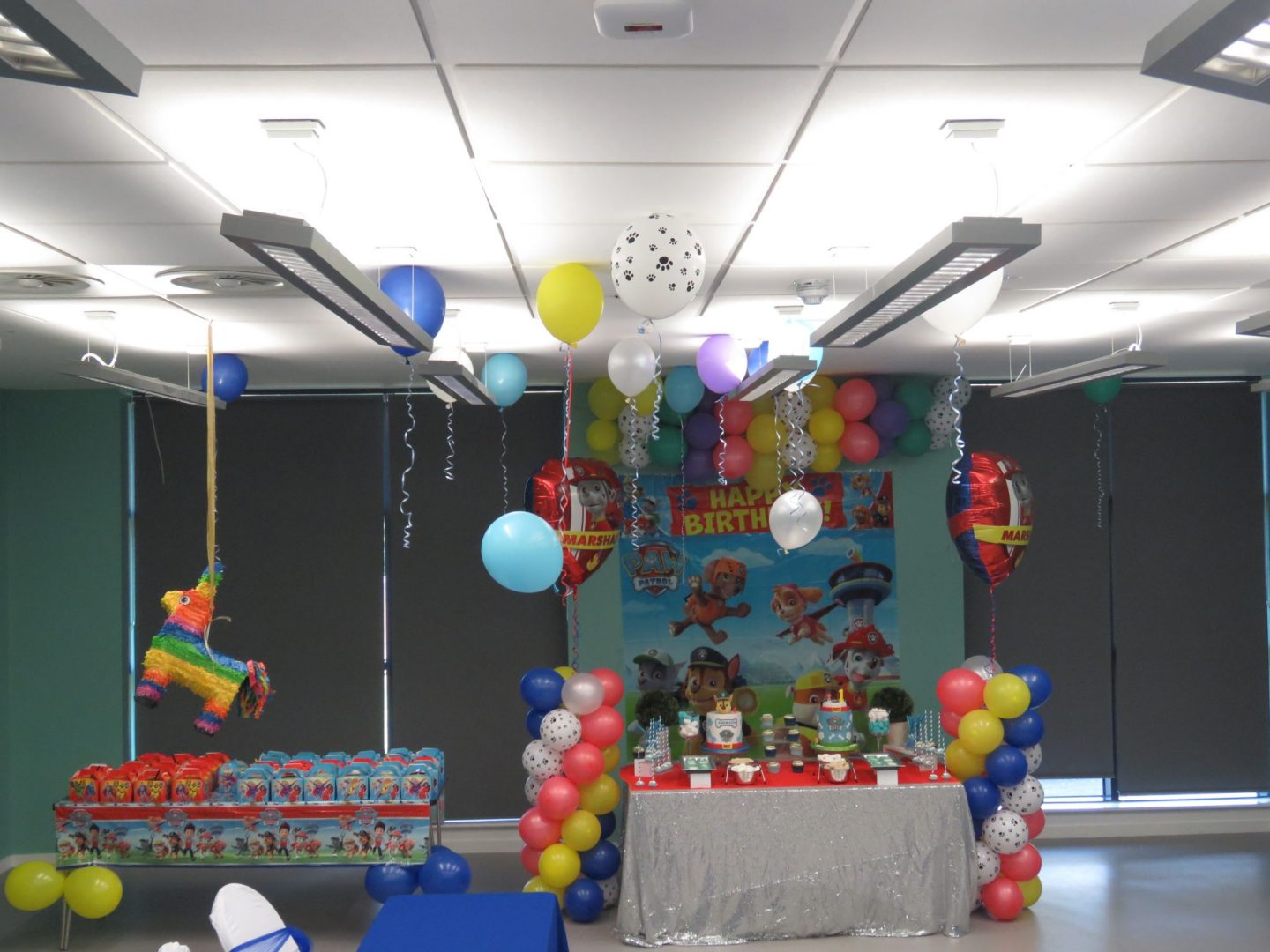 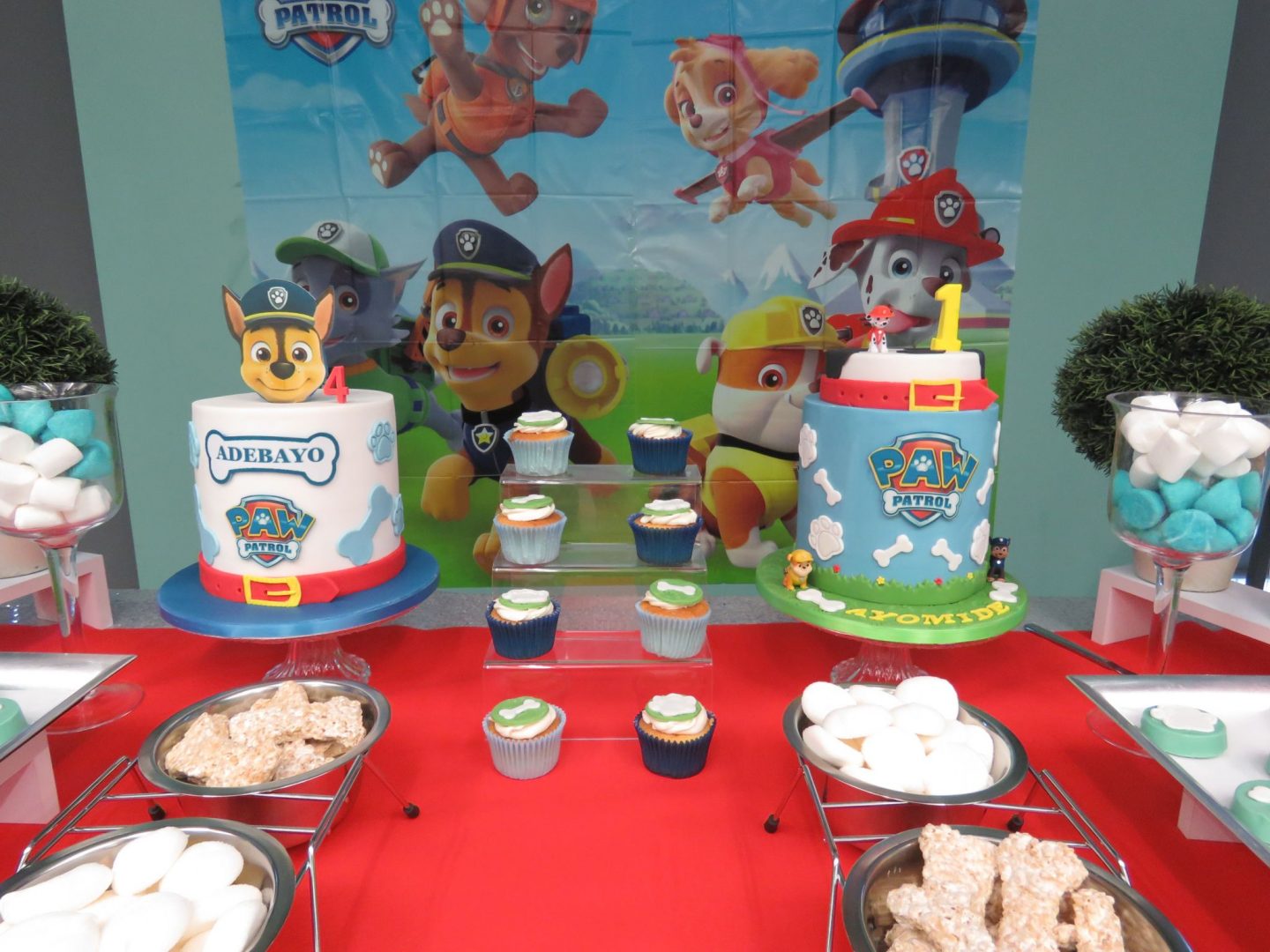 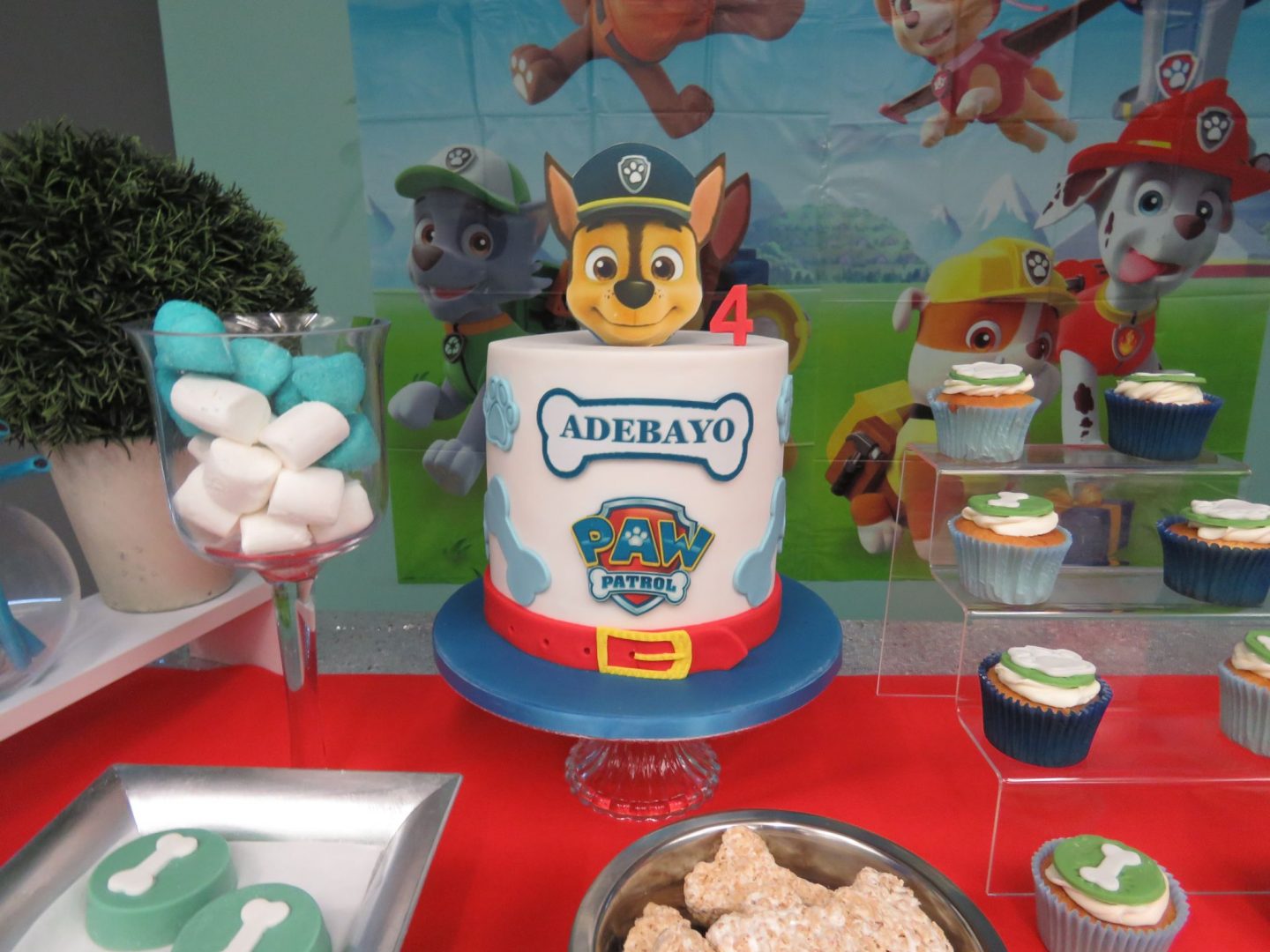 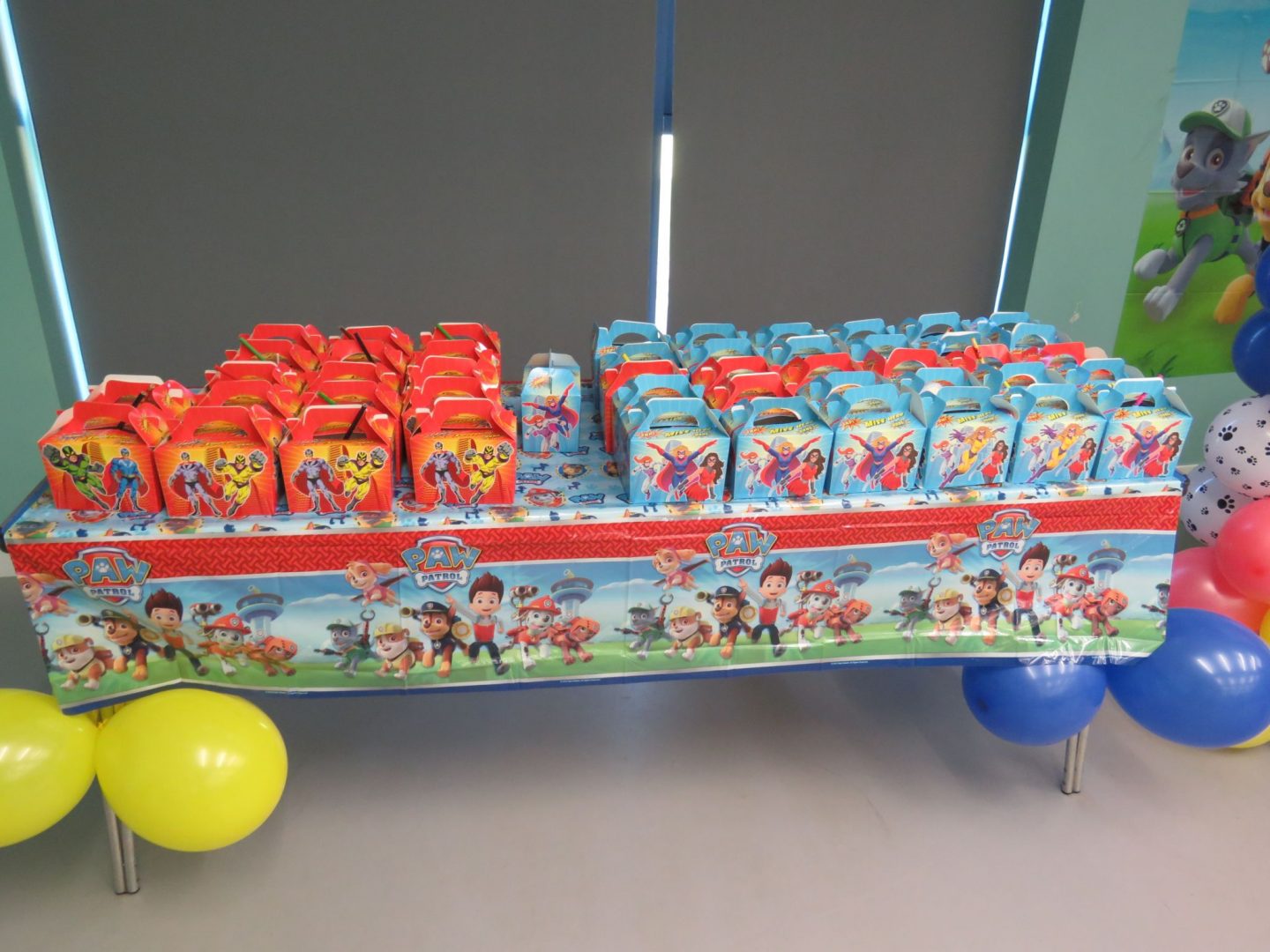 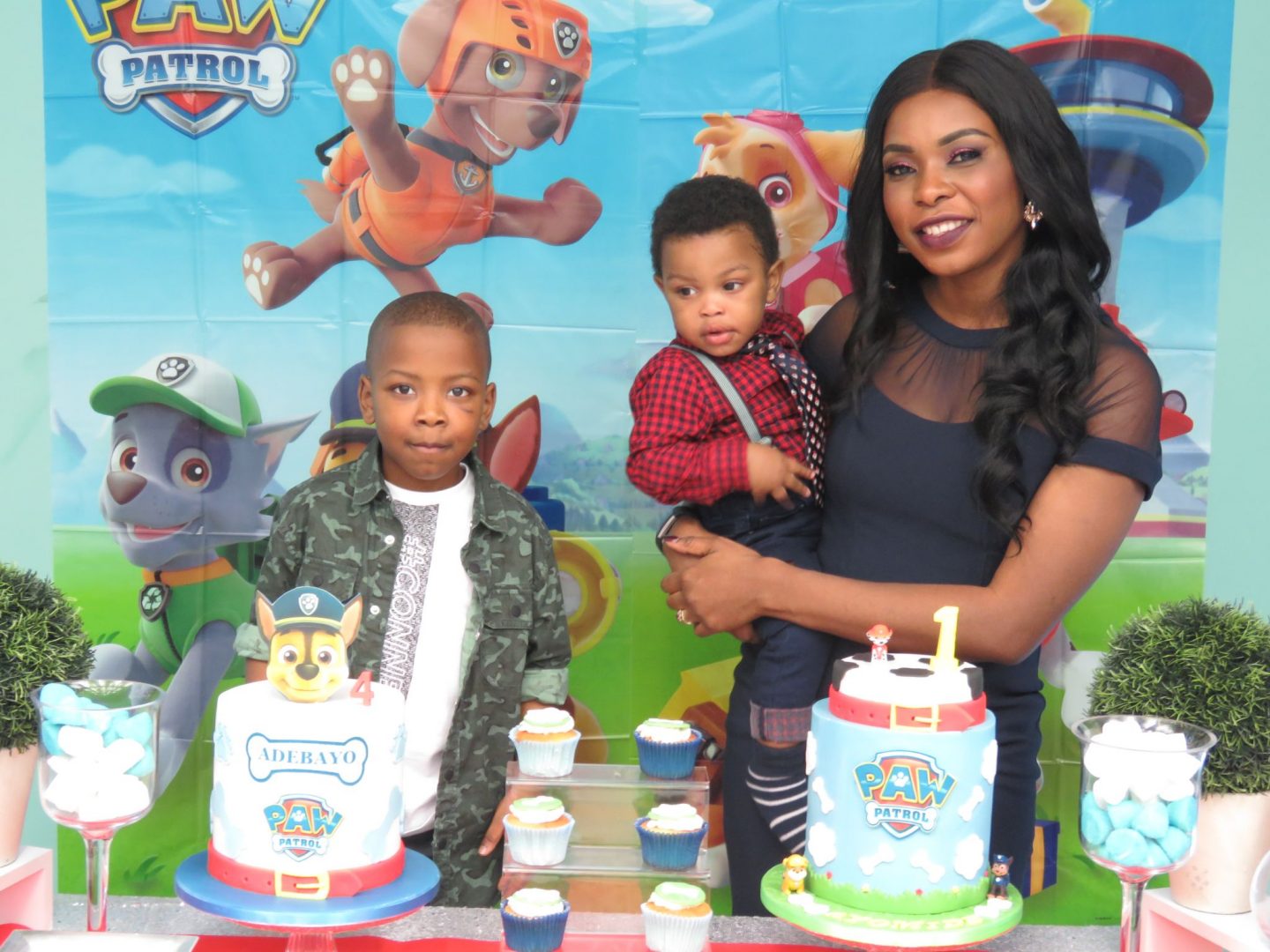 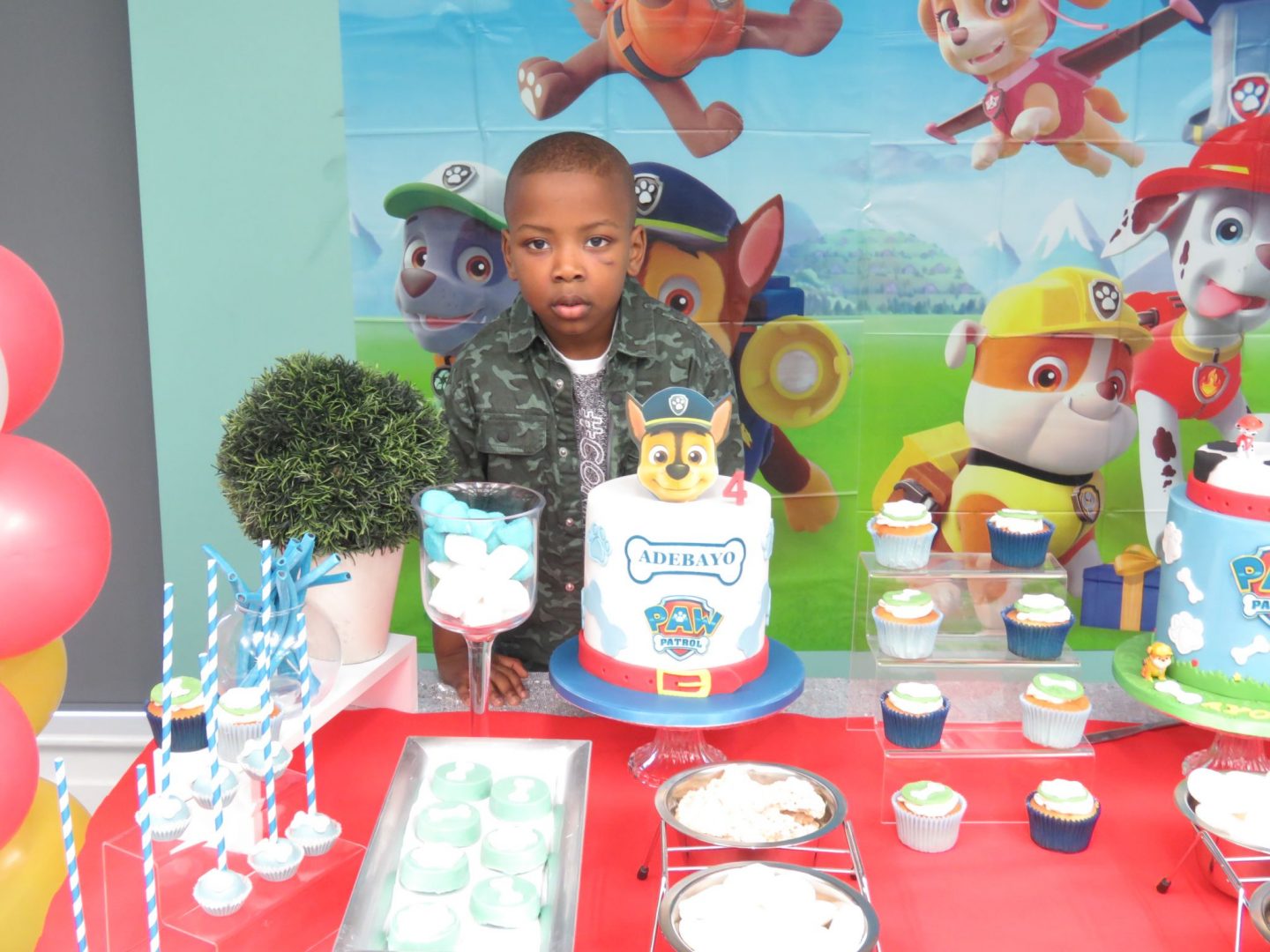 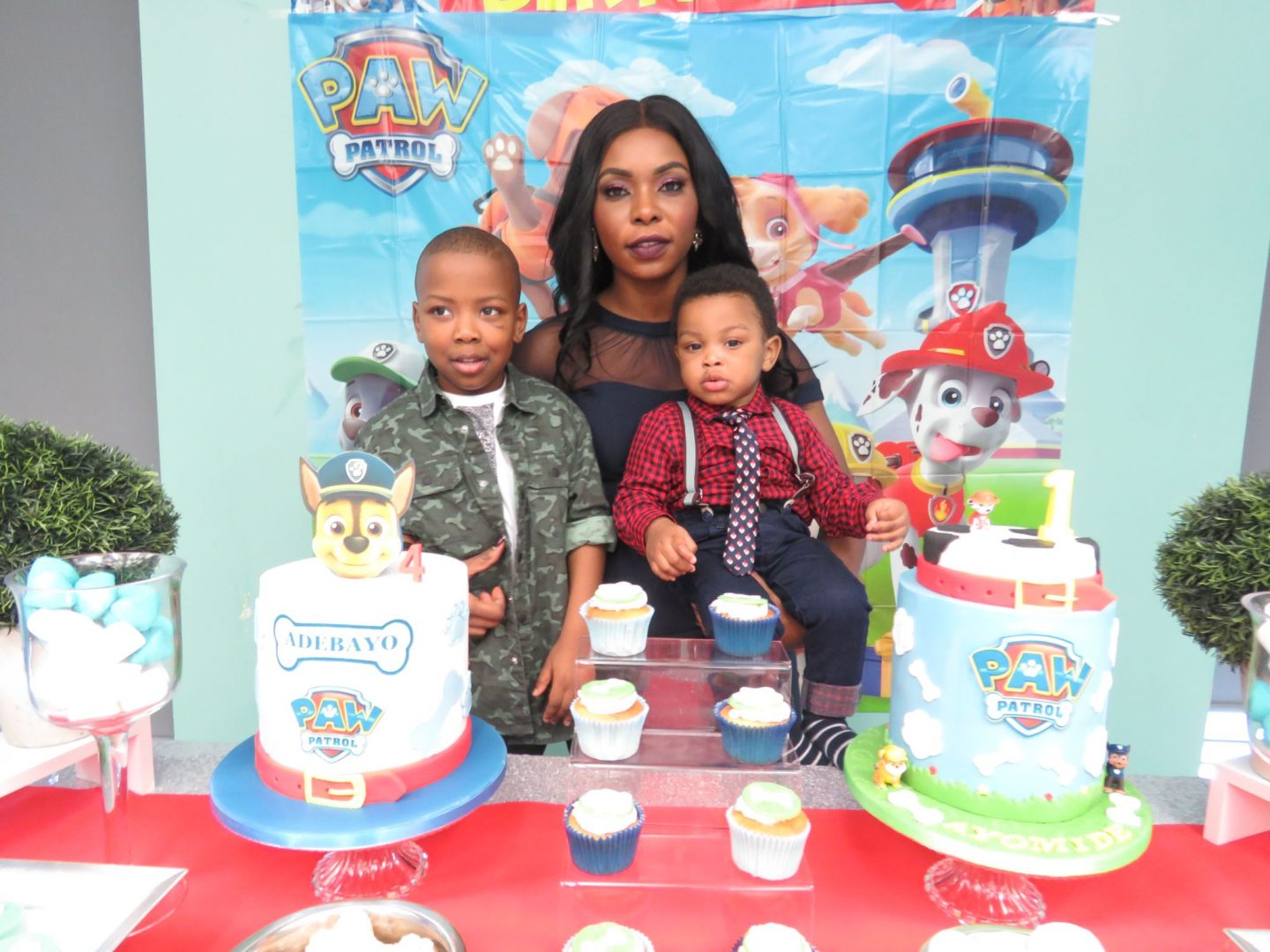 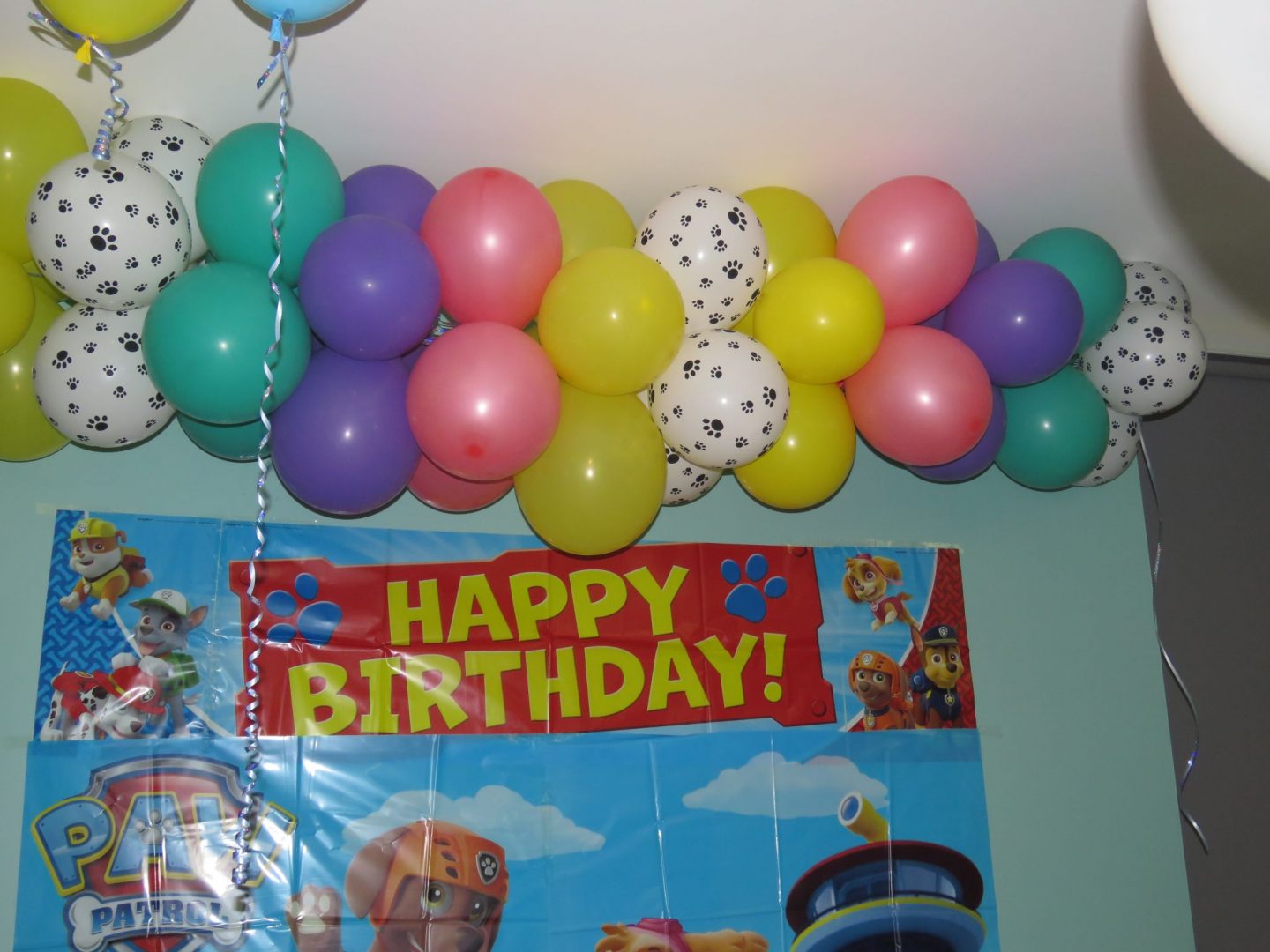 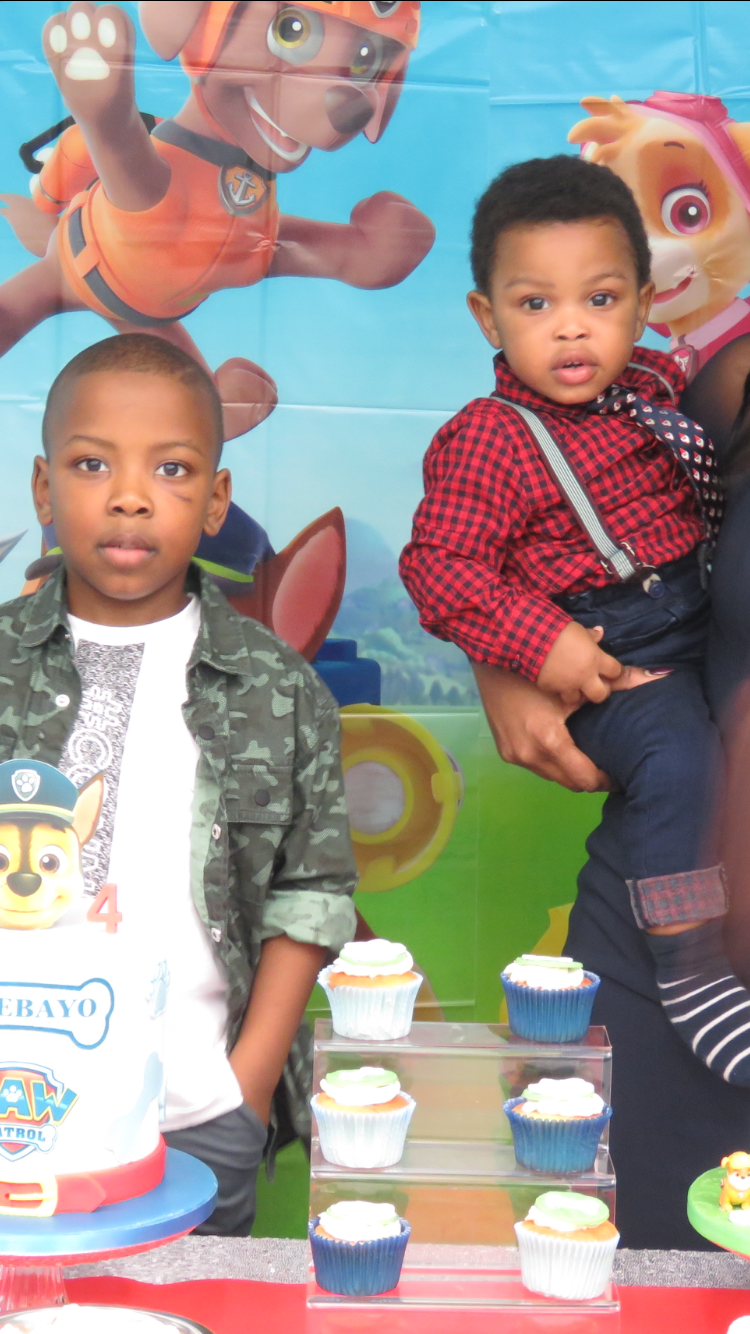 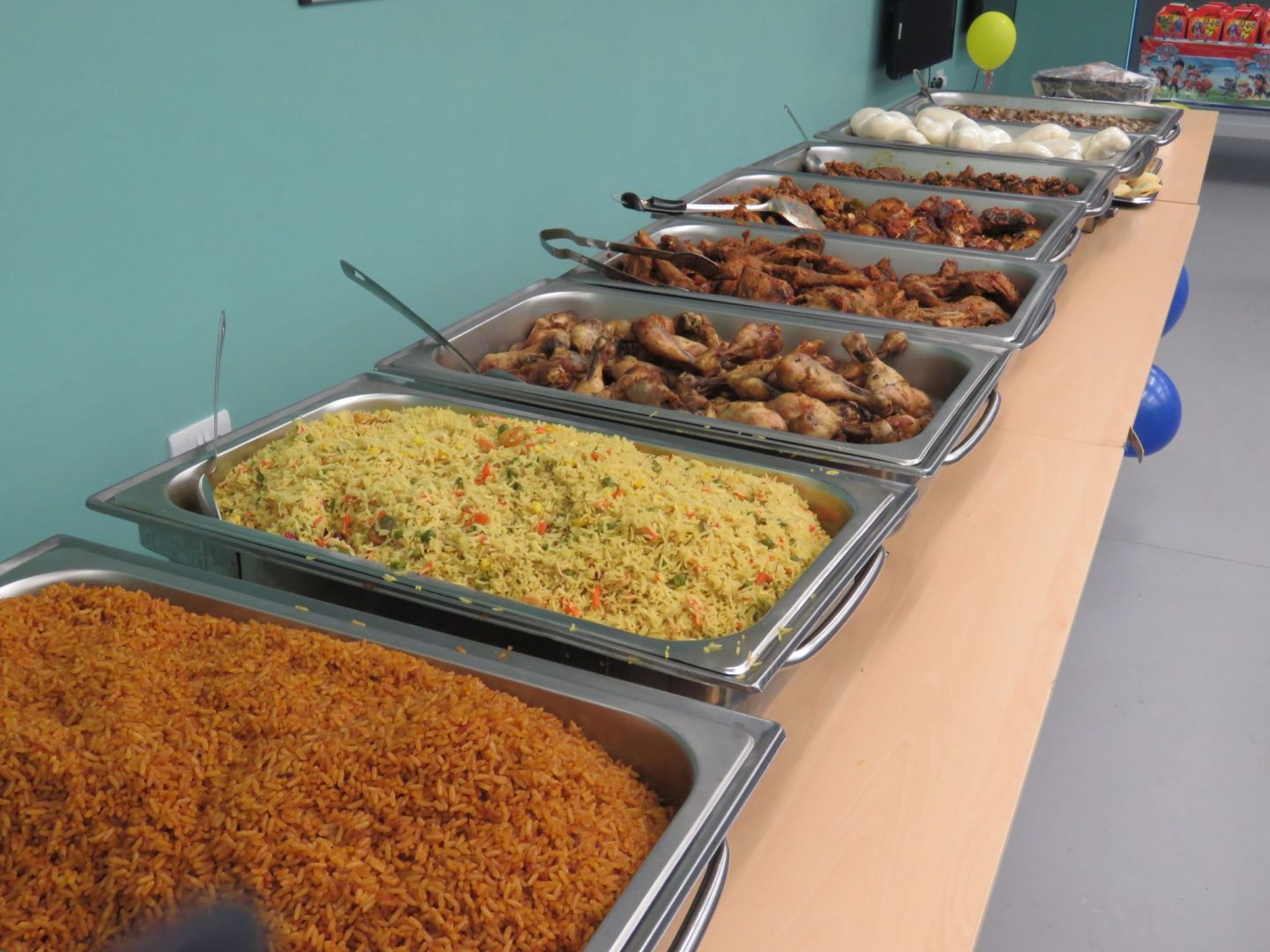 Where do I start?? I knew I wanted to throw my boys a birthday party, my youngest was turning one and my oldest will be four. Their birthdays are three weeks apart so it made perfect sense to have a joint party plus it will save me some money.. I asked Ade my oldest what kind of party he would like and he said spider man.. That did not go well with me because I felt a spider man themed party was not age appropriate for my youngest child who will be turning one. So I started to convince Ade that a paw patrol themed party will be fun after all, his favourite character is chase. I showed him, a potential paw patrol birthday cake and that sealed the deal. He went over to his dad and said ‘Dad, look at my cake, I love it’.. For me this was mission accomplished.

It took me two weeks to plan the party and I couldn’t invite as much families as I would have liked due to my budget so I restricted my guest list to the families in my church and a few of Ade’s close friends who did not attend our church. I started contacting party vendors around Glasgow to decorate and their prices where simply outrageous but I was willing to pay, my baby will only get one first year birthday so I convinced myself it was worth it. I showed my husband pictures of what I wanted  the balloon decor to look like and he said he would do it. Ha!! All I had to do was purchase the balloons and he would do it… Really? I was over the moon.. On a regular basis I would ask for updates, he said I was policing him; me your wife how can I police you? I thought to myself, after-all  he offered to decorate, so he should voluntarily provide updates.. The last day I asked for an update he gave me the famous Steve Jobs quote ‘You don’t hire smart people and tell them what to do; we hire smart people so they can tell us what to do’ It’s safe to say that was the last time I ever asked for an update..

Cake was next on my list, I knew exactly who I wanted to bake my kids cake but I did not have her number, the only person who I knew had her number moved to Canada and I have not been in touch with her since she moved.. Mehn!! I put the shame I felt aside and contacted her, as usual she was an absolute darling and gave me the number. I dialled the pastry chef and she was so lovely we talked about what I wanted and she managed to convince me a treat table would look great.

I started inviting my guests by my word of mouth, with each lady I spoke to at church they asked how they could be of help and what item of food to provide.. My church family provided most of the food and drinks free of charge (BLW for life)…

I was not quite sure if I wanted to buy a pre-packed  party bags from eBay or Amazon. I did not like the items in any of the pre-packed bags so I decided to sort it out myself. The toughest choice was deciding if I wanted party boxes or party bags, the bags were cheaper but the boxes would look much better in photos and were more attractive. I decided to purchase party boxes, another thing was do I buy plain boxes or paw patrol themed boxes.. I decided buy party boxes from eBay that had ‘party time’ written on them.  It was just perfect.. Two days to the party the boxes had not arrived  and I started to panic.. Jesu! All my efizzy will go down the drain just like that.. I went on eBay and the boxes had not been dispatched so I contacted the seller and was advised it should arrive by the weekend; the only thing is my party is on Sunday.. By Friday afternoon, after I checked my CCTV from work and the postman had no delivery for me.. I went crazy checking the web, the earliest delivery  for most retailers was on Monday, a day after the event. My last resort was Amazon prime and  I was able to purchase super hero themed party boxes to be delivered on Saturday.. Phew!! (It was much expensive than the eBay boxes tho). Prior to all this I started to purchase items for the party boxes, Poundland and B&M came through for me.. I got candies and with toy sunglasses for each child as per my naija childhood.. The boys party boxes was red and it had mini cars and the girls party boxes was blue and it had a pendant and paper tiara..

Fast forward to Saturday evening, decor day.. My husband left home before me so he could start decorating early and called a few friends to join him. I dropped my kids off at my friend’s place and set off to the venue. When I got there, my husband told me the venue management would not let us decorate because we did not pay for an extra fee for decoration. Excuse Me!! I called a week ago and made enquiries and I was told I could decorate free of charge, and  I also wanted to pay for decoration but the guy who took the venue payment refused and said I would get it for free.. I hate embarrassment especially when it comes to money. My husband then offered to pay on the spot and it was declined, because we did not pay in advance.  At this point the friends who were on their way to help us decorate, called to say they would join us shortly and I told them not to bother.. We dropped our items for decor and went back home..

The next day (party day), my husband left home early to go decorate, he managed to help out with the kids before he zoomed off.  The party was in the afternoon, so we had ample time to decorate. Food arrived and so did drinks and we got help from our church members.. The pastry chef  and her team (Family) showed up with  the cakes and decorated our treat table, at this point everything was falling into place.

The party started in the afternoon, I was the host as well.. It started with opening prayers led by my pastor and the games begun.. I asked some random questions about my kids.. At this point food was being served as well.. The pinata was a huge hit, the kids took turns to strike it blindfolded and it was so much fun to watch.. The pinata came crashing down after a teenager stroke it, all the kids ran out to get candies.. Next was musical chairs, I made sure the kids five and under had a separate shot from the older kids to give them a chance to win. The kids requested for musical statures after that; there was no winner in this game so I asked all the kids to help themselves to the treat table in an orderly fashion. A few people stayed behind to help clean and it was an all-round fun day.

The best part was Ade had so much fun after all it was his party, my baby Mide (pronounced Meedey) as I like to call him was an absolute angel, he was calm through out the day and understood his mum was busy… We got home exhausted, got the boys ready for bed and sent them to their room… My last thought before I slept was planning their next party when Ade turns five and Mide turns two.. My hubby doesn’t like parties so I won’t mention this to him until a month to the party.. That’s if he doesn’t read this post..

You may also enjoy: